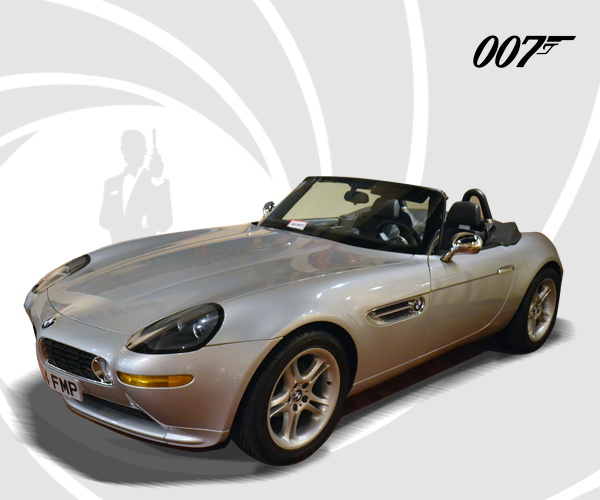 The car was featured in the 1999 film The World Is Not Enough, It was driven by Bond until being sliced in half by a helicopter equipped with tree-cutting saws in Azerbaijan. So far in the film series, this marks the only occasion when Bond has expressed concern about being upset with James wreaking havoc on cars and equipment. Ironically, this takes place after Desmond Llewelyn makes his final appearance on the screen as Q.